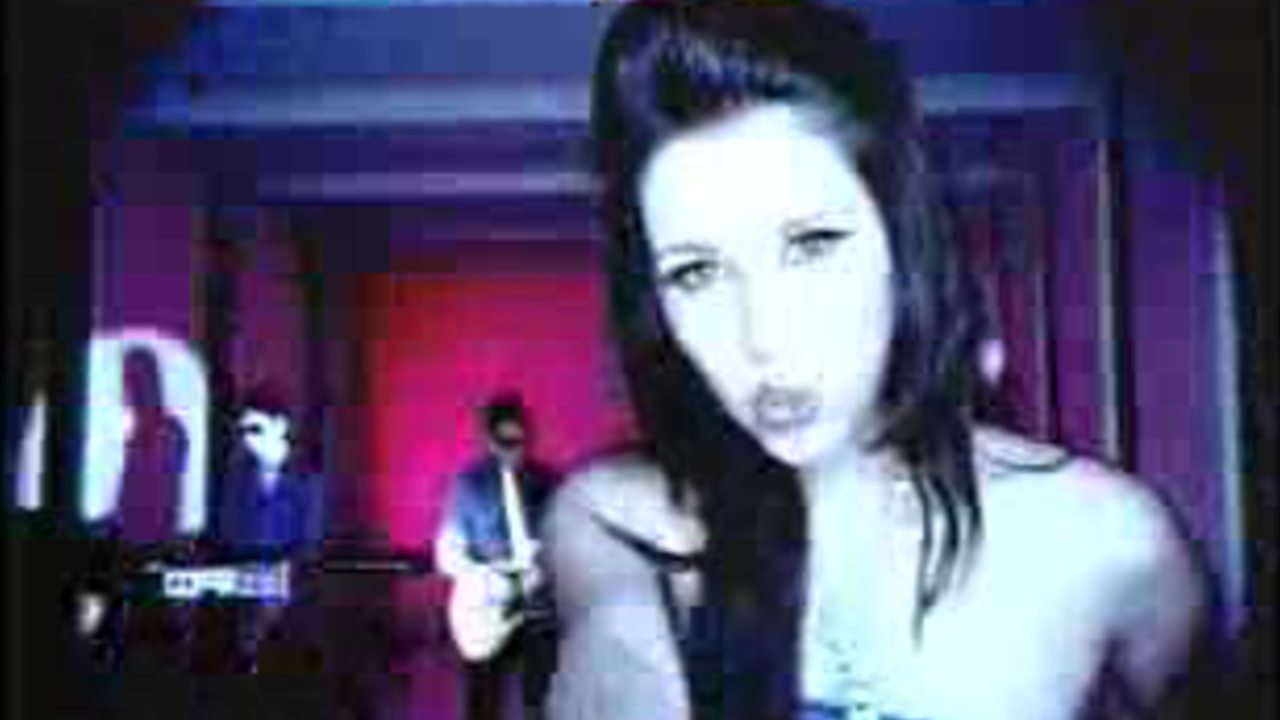 Latin Grammy-winning Mexican pop band Belanova hails from Guadalajara, Jalisco, Mexico, and gained popularity in the early 2000s. Experience an assortment of the bands hits as well as a candid interview where group members speak openly about the group’s chemistry, achievements, and aspirations.

Yes, Belanova may be a shill for Pizza Hut Mexico, but we are not going to hold that against this fine synth-pop dance trio who came together in 2000 in Guadalajara. How did the band create the name Belanova? An entrevista en español in Enkidu magazine tells all.

Bella Belanova singer Denisse Guerrero studied fashion in Mexico before she became a rock sensation. We wonder if the supersized collar she’s sporting in this video for Me Pregunto was an extra-credit project from back in her university days.

Why is it that some musicians have such synergy together? Belanova describes the fusión that is created when each distinct musical personality comes together, and how this unique “fusion” has brought them from after-class practice to stadium-filled tours.

Edgar Huerta, keyboardist of Belanova, refers to Joselo of Cafe Tacuba as un cuate. The word comes from the indigenous Nahuatl word coatl, which means “twin.” But Joselo is not Edgar’s gemelo, cuate is known by all Mexicans to refer to a “good buddy,” a “dear friend.”

Belanova is appreciative and proud that so many of Latin America’s and Mexico’s biggest stars, such Joselo and Coti saw fit to take the time to join them on their tour. The band is humble, but not without ambition; they have set their sites beyond the habla hispana, seeing potential fans in Australia, Italy and even Japan.

These guys are partially obsessed with stardom, or at least with astronomy. Now they’re talking about “el núcleo de Belanova,” the core of their energy.

Javier (Jay) De La Cueva Rosales is known to many in Mexico by the stage name “Brian Amadeus Moderatto,” under which guise he serves as lead singer of the group Moderatto. Here we find Brian making a guest appearance with Belanova during a live show in Guadalajara, much to the delight of the tapatíos who filled the hall.

We are all familiar with ¿Cómo se dice…?, “How do you say…”—it’s a very useful phrase when inquiring about the right words to use. Denisse Guererro repeatedly uses a similar phrase, asking the audience ¿Cóme dice?, which also sounds like it might be something like “How does one say?” but in fact this is Spanish for “How does it go?”—she wants the crowd to sing along!

In this concert at their natal Guadalajara, Belanova wanted to showcase the local talent. That’s why they invited a local group of musicians for this song, imparting a new sound to one of their best known hits.

When one of their friends suggested that the band’s name should be Belafunk, just half of a bell rang for them. They wanted something more cosmic, stellar, and looking in the closest encyclopedia they ran into the word Nova. That’s how Belanova — a beautiful star — got its name.

Belanova, the electropop band from Mexico, sounds like it was influenced by nightclub epiphanies, Japanese anime and sweet lollipops. "Niño", one of the songs off their album Dulce Beat, is a painful goodbye, adios, au revoir, arrivederci—but it’s somehow lightened by the constant use of the word “boy” (niño) to address the unlucky target of the bad news.