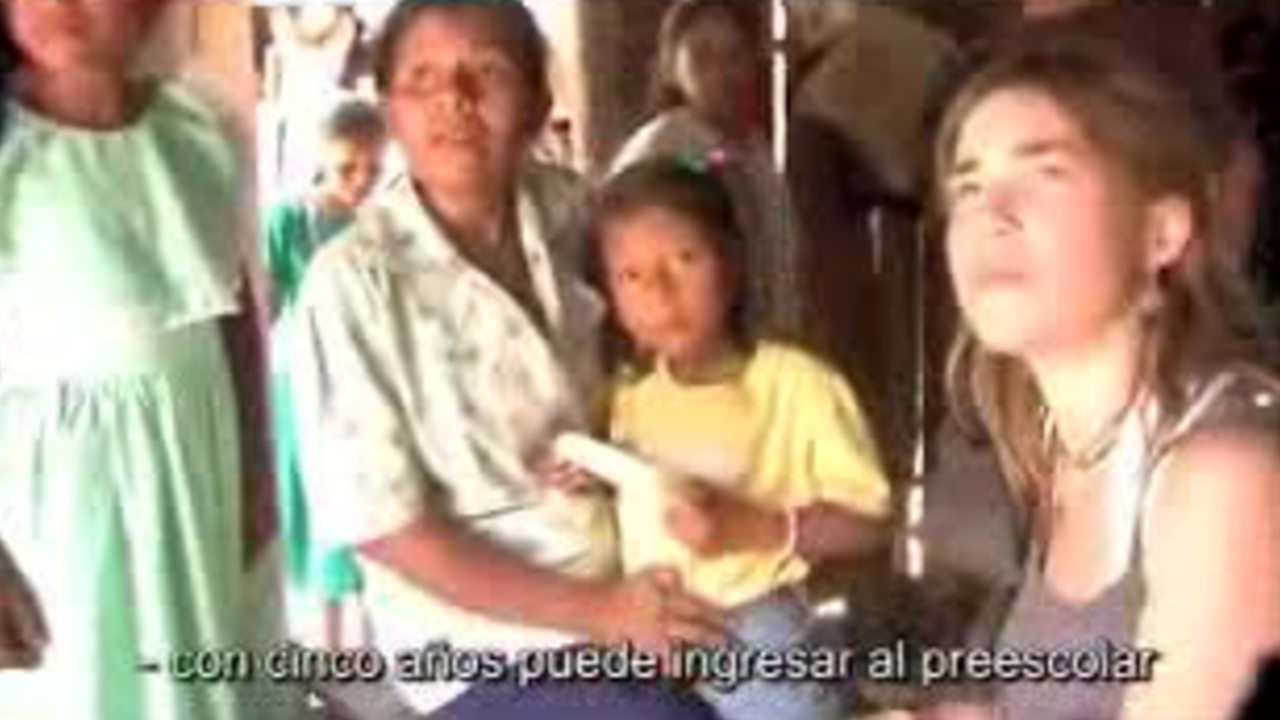 The documentary short film Con Ánimo de Lucro [“With Intent to Profit”] examines poverty in Nicaragua in 2015 from a variety of perspectives. Filmmaker Joan Planas examines the roles that a variety of factors, such as the lack of potable water, illiteracy, government, the media, NGOs, the UN, and the attitude of the nation itself, may play in combatting or perpetuating poverty

Joan Planas’ documentary, Con ánimo de lucro (With Intent to Profit), launches with a list of the UN’s objectives for development in the new millennium. While the UN plan calls for cutting poverty in half by 2015, it’s off to a terrible start. So we’re off to explore what’s gone wrong in Nicaragua, one of the countries with the most NGOs and the highest levels of poverty in Latin America.

Continuing their trip through Nicaragua, Planas’ film crew stops in San Nicolás and discusses the lack of potable water. A group of Spaniards have offered to remedy the situation. Why does the problem still exist? Could the elected officials actually be standing in the way of progress?

Trying to figure out why he wouldn’t approve the water project, the filmmakers try to track down the mayor, but they can’t find him at home. They do find children with containers making the trek to the water source from home and back.

The film crew met with a team from Ayuda en Acción, and it appears that its organizational heart is in the right place. Yet, despite the presence of over five hundred NGOs working to improve the lot of Nicaragua’s poor, their plight worsens every year. Many local activists and intellectuals do not trust the non-profits, and accuse them of having their own enrichment as concern numero uno.

That literacy will directly contribute to the health and well being of a people few can doubt. But are a literate people more likely to care for the environment? One man thinks so, and has started a grassroots neighbors teaching neighbors project for the good of both la gente y la tierra.

Does graphic and violence-ridden television news that presents the worst aspects of a society also bring out the worst in its audience? Our filmmaker seems to think so, and believes that it is young viewers who pay the price when spectacle trumps thoughtful analysis and measured presentation.

Does broadcast media really have a responsiblity to promote and defend human rights? Or is it to simply make shows that people like and that attract ratings? Several Nicaraguan journalists and media producers discuss these ideas in a round table discussion.

Spain has never been a country afraid of divisive politics, and filmmaker Joan Planas has no fear of getting controversial when presenting his views of society, church and state. Note that the older gentleman is not speaking straight Spanish but Catalan, and the Spanish captions reflect not his exact words but are the same as the Spanish subtitles seen in white on the screen.

Not only does our filmmaker continue with his diatribe against the state of society as he finds it in Nicaragua, but the story takes an investigative turn. We find that not only doesn’t sponsored-child Christina del Carmen match the photo that had been supplied by Ayuda en Acción, she is also not yet enrolled in a school.

Joan Planas continues to pull no punches, taking on NGOs, television, and the Catholic church. Oddly enough, despite his firebrand rhetoric, the film ends on a rather conservative note, suggesting that perhaps what poor nations need is not so much charity but rather a change in actitude, or “attitude,” so as to reflect the mindset of people in successful nations. Tune in to find out the details.