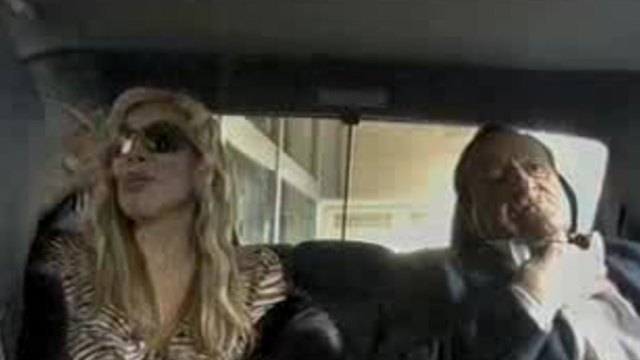 What's she up to now?

If you recall back to Part 1 of La Extraña Dama, Nacha Guevara (Latin America's answer to Cher) asks in Caption 22 ¿En qué anda ahora ella? We might be tempted to translate this as: "In what does she walk now?" but clearly that won't cut it. Checking any dictionary, we find that andar has more meanings than just "to walk." For example, you are no doubt familar with ¿Cómo andas? (How's it going?). The question Melina wants to convey is What is she up to now?

This week in Part 4 of the series andar pops up again when our young protagonist states Ando sin plata. He means not so much "I walk without money," but rather, "I've got no money."

Speaking of Nacha, imagine our surprise when we recently noticed her -the distinctive voice, face, and, well, just about everything else- before us en bolas, which is to say totalmente desnuda, playing Mrs. Robinson in El Graduado. Our lovely theater companion, who somewhere along the line lost the wild rebellious streak we once knew her for, was shocked and outraged beyond her tender years by the wanton display of flesh (this despite Ms. Guevera's seemingly supernatural ability to cut a statuesque nude that would do proud any 36-year-old, which is the age Anne Bancroft was when she played the same role in 1967, never mind a 63-year-old, which is what Nacha is today).

The dictionary states that en bolas is itself considered vulgar by some. We don't remember where we first came across the phrase, but for some reason it stuck with us, as colorful phrases often do. Could it be because certain speech operates on a whole other neurological plane that quite literally bridges logic and emotion?

While this week's Disputas video does not offer an absence of apparel, it is rife with some fairly salty language. We don't think it would make a sailor blush, but we've got the Viewer Discretion Advised light on as fair warning to anyone who might find the dialog unsettling. 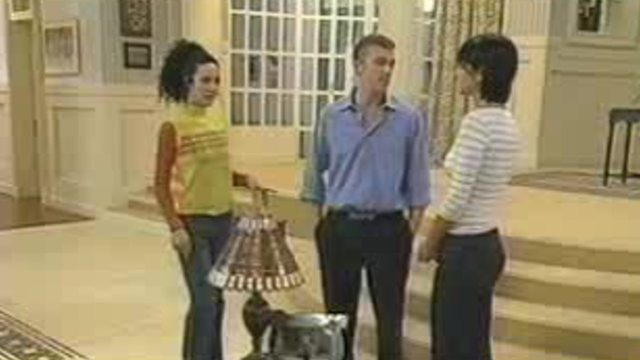 Como si fuese: Learning to Use the Subjunctive

Don't speak as if he were a person...

If you're a native English speaker, you're likely to translate the phrase above as "Don't speak as if he were a person." Without much thinking about it, most native English speakers choose the subjuntive "were," and not the indicative "was." Ana, similarly, instinctively uses fuese (the subjunctive form) and not era (the indicative) when she tells Mariano "Don't speak as if he were a person". (She is referring to a horse that goes by the name Chocolate.) The subjunctive, as most of us have heard but often fail to fully grasp, is used to express doubt or uncertainty, or to describe situations that are unlikely. Since it is quite "unlikely" that the horse in question is a person, and Ana, sin duda, "doubts" that he is one, she goes with the subjunctive, fuese.

This were/was distinction is one of the few and dwindling instances whereby English speakers retain a subjunctive form (were) that differs from the indicative (was). Other than "to be," most English verbs have melded both the indicative past and the subjunctive past into a single "universal" past tense that encompasses both. For this reason it's often said, somewhat erroneously, that subjunctive tenses "don't exist" anymore in English, and is why English speakers find Spanish's distinct subjunctive tenses difficult to acquire. The more we, as learners, immerse ourselves in authentic spoken Spanish, the faster we too can begin to acquire a native-like "instinct" for the subjunctive and its use.

If you want to bend your brain around the topic further, here are some sites where you can do so: 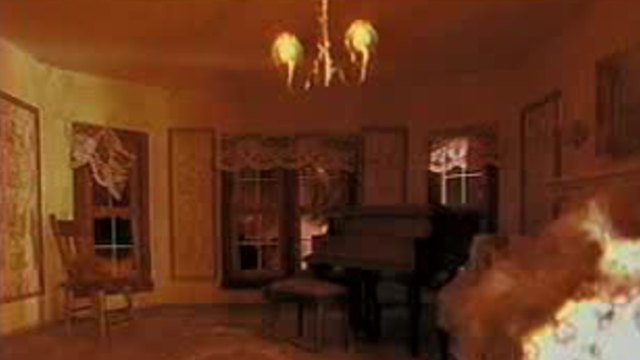 Sacarse: To Get a Grade and Other Uses

Yo me saqué un nueve.

You'll note that sacarse una nota is a common expression meaning "getting a grade" in school. Hence in part 3 of Disputas, La Extraña Dama, we hear Gloria's son proclaim yo me saqué un nueve, "I got a nine." A few other interesting uses of sacarse are:

Sacarse un peso de encima.
To get rid of a burden.

You have to get that girl out of your head, sir.

Sacarse la garra.
To taunt/insult, To "rag on" someone. [Mexico]

Sacarse la careta.
Literally: To rid yourself of the mask; to stop pretending, to be yourself. 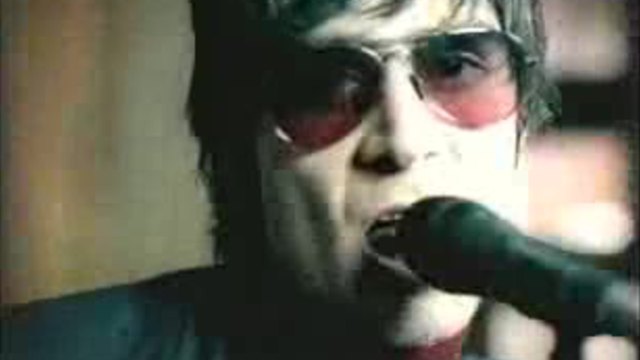 Every language has its own peculiar nuances. In Spanish, one such nuance is the formula, al + the infinitive of a verb. Let's start reviewing this formula with the following clip:

We get confused by speaking without listening

In "Giroscopio" by La Gusana Ciega, frontman Daniel Gutierrez sings: nos confundimos al hablar sin escuchar, which we have translated as "we get confused by speaking without listening."

This brings our attention to the use of al + infinitive. The English equivalent is often created by using the prepositions, "by," "when," or "upon" + the "ing" (progressive) verb form.

Most native English speakers would find this phrase easier to follow were Daniel to avoid the al + infinitive construction and instead sing: Nos confundimos cuando hablamos sin escuchar or Nos confundimos hablando sin eschuchar, both of which are more parallel to the typical English construction.

Although each of these possibilities is grammatically correct, they convey a slightly different meaning than the choice to employ al hablar in this lyric. While both hablando (speaking) and cuando hablamos (when we speak) would convey the sense that the speaker is referring to some specific instance or instances of "talking without listening," the use of al hablar causes the assertion to sound more like a truism or principle of life, the type of thing you might read at the end of a fable or as the moral of a story.

Let's look at some examples:

Um... Upon coming here and sharing with so many cultures, well.

This was the first place visited by our Liberator, Simon Bolivar, upon arriving at the San Pedro Alejandrino [Saint Peter of Alexandria] hacienda.

Al + infinitive can alternately be translated to English using "when + simple present." For example, in this case, we could just as well have translated al hablar as "when we speak," which would give us: "we get confused when we speak without listening."

Let's look at some additional examples of al + infinitive:

Nos ensuciamos al jugar.
We get dirty when we play.

Te lastimas al correr sin estirarte.
You hurt yourself by running without stretching.

Se lastiman al pelear.
They hurt themselves when they fight.

Me mojo al bañarme.
I get wet when I bathe.

Se lastiman al jugar sin zapatos.
They hurt themselves by playing without shoes.

That's it for this lesson. We hope you enjoy it and don't forget to send us your comments and questions. 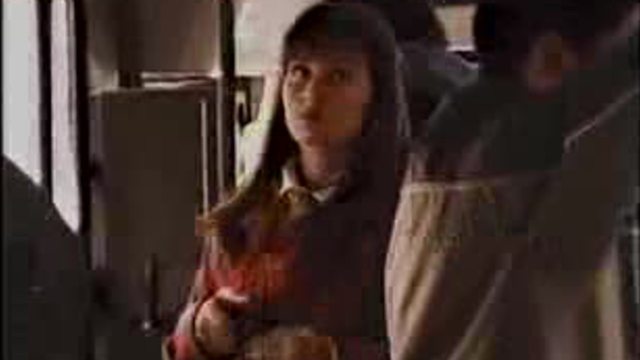 Carmín: A Color and a Lipstick

And you've painted on a lipstick smile

In the above clip you'll note that José Luis Perales sings "Y te has pintado la sonrisa de carmín". In this case carmín refers to lipstick, so the phrase translates as "And you've painted on a lipstick smile". Carmín can also refer to the color crimson (aka carmine), and sometimes to a type of wild rose. Lipstick, aside from carmín de labios, is also known as lápiz de labios. Bear it in mind next time you find some on the collar, yours or otherwise.

(Did you know that collar, in Spanish, is the same word as for neck: cuello?)

Here is another use of carmín in a song by the Argentine rock band Babsónicos.

Something in your carmine lips

Suggests we get to the point