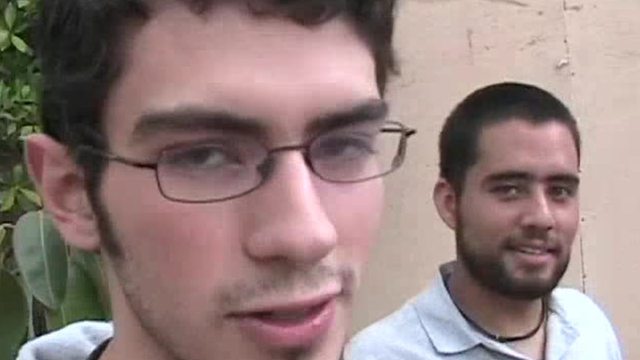 How to Say I'm Sorry in Spanish - Discúlpame and Perdón

Let's continue our lesson about the most common ways to say “I'm sorry” in Spanish. Thank you to everybody who sent us feedback and suggestions about this lesson!

We discussed the expression lo siento (I'm sorry) in our previous lesson. Let's now focus on the use and meaning of perdóna[me] and discúlpa[me]. As we mentioned before, these two words have a clear and very distinctive apologetic nature and both translate as "I'm sorry," given the appropriate context.

I remind you, don't call me that because I can't deal with it. Oh, sorry.

Remember that perdón and disculpa are also nouns that mean "forgiveness" and "excuse" respectively. So you can say te pido perdón (I ask your forgiveness) or te pido disculpas (literally "I ask you to excuse me"):

And if I have failed in something, I ask your forgiveness

Happy now? I beg your forgiveness.

But by simply saying perdón or disculpa you are actually using these words as verbs in the imperative form, just like "forgive me" and "excuse me" in English. That's made more evident when you attach the personal pronoun me as a suffix to either perdón or disculpa, which is very common (and adds a personal touch to the expression):

You may want to know that even though both perdóname and discúlpame can be translated as "I'm sorry," there are subtle differences between them. In general, perdón is seen as a more heartfelt apology, and more personal. So, thoughtful people who really value precision reserve it for occasions in which they made an actual mistake, personally hurt somebody, etc. Saying disculpa or discúlpame is seen as more casual. Perhaps that's why disculpa is preferred as a simple polite expression equivalent to "excuse me" or "pardon me," phrases that don't necessarily imply you've made a mistake. Remember that, depending on your personal preference and the context, you may want to address people politely by saying (usted) disculpe or discúlpeme:

Excuse me, and who are you? 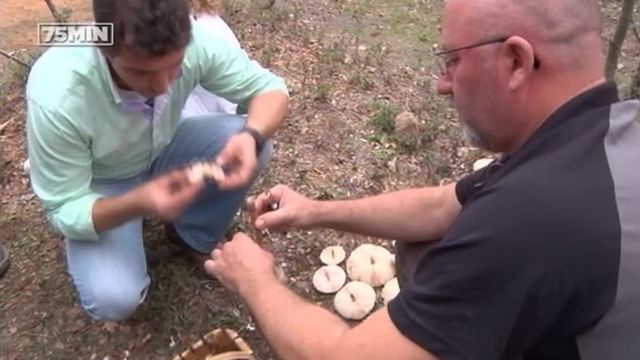 Do you ever feel frustrated when you can't make out what a Spanish speaker is saying because he or she speaks so fast that an entire sentence seems to sound like a single long word? Well, we won't lie to you: there's no easy solution to that problem, only listening practice and more listening practice. However, we can at least give you something to blame next time you find yourself lost in a conversation due to this problem: blame the synalepha.

A fancy word indeed, synalepha (or sinalefa in Spanish) is the merging of two syllables into one, especially when it causes two words to be pronounced as one. La sinalefa is a phonological phenomenon that is typical of Spanish (and Italian) and it's widely used in all Latin America and Spain. Native speakers use sinalefas unconsciously to add fluidity, speed and concision to what they are saying.

There are basically two types of sinalefas. Let's learn about them using examples from our catalog of videos. Maybe that'll help you catch them next time. And if you have a subscription with us, make sure you click on the link to actually hear how the sinalefas are pronounced!

The first type of sinalefa merges two vowels, the last one and the first one of two contiguous words. A single sentence can contain several of them, for example:

How is the commercial department of a company

that operates in seventy-two countries?

So, thanks to the sinalefas, this is how the speaker actually pronounces the sentence: ¿Cómoes el departamento comercial deunaempresa que trabajaen setentay dos países?  Yes, the letter "y" counts as a vowel whenever it sounds like the vowel "i."

Here's another example, this time from Colombia:

What would my brother

think if he knew about this video that we are filming?

Again, thanks to the sinalefas, what the girl speaking actually pronounces is: ¿Qué pensaría mihermano si supiera deeste video queestamos filmando? Yes, the consonant "h" doesn't interfere with the sinalefa, because, as you probably already know, this letter is always silent unless it is next to the letter "c."

Or would you like for them to keep you locked up?

Oausted is what the character pronounces. Can you try to pronounce it the same way?

Here's another example, from Mexico this time:

something that is not his job.

Finally, one more example that is somewhat extreme. Hear the host of the Colombian show Sub30 posing a question that contains four sinalefas (loop button recommended):

Could it be that that only happens nowadays or has

That girl surely speaks fast! Notice that she even merged two words that end and begin with the same consonant “n” into a single one, which, together with the sinalefas, results in what sounds like a super long word: pasaennuestraépocaoha.